How my preschoolers designed a stress-free morning routine

When my children were little and still at Nursery, our morning routine was a tetchy affair. As a single working parent I had to get them (and me) dressed, fed and out of the house by 7.45am to be on time for work so that I could legitimately leave on time to race home and pick them up before Nursery closed. 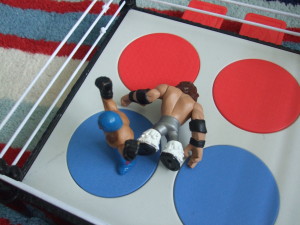 Some mornings were ok but mostly they were hellish. The kids would wake ridiculously early and, after they had sprayed breakfast cereal liberally around the kitchen, I would turn the TV on and they would play while I showered and dressed. So far so good. But no matter how early I started the process, dragging them back upstairs, getting them dressed and brushing their teeth always took much much longer than it needed to, with the result that I would gradually get more and more stressed at the ticking away of time until a misplaced sock or favourite toy would send me screaming over the precipice. The 15-minute car journey to Nursery would be filled not with jolly story-tapes or songs but with me haranguing them for making us late yet again and for being incapable of thinking about anyone else other than themselves. A very miserable start to the day.

One Sunday, in calm non-morning moment, I sat down my preschoolers at the dinner table and told them we had a problem. The morning routine was no fun and Mummy always ended up shouting and I couldn’t face doing it any more. But I didn’t know what to do about it. In desperation, I handed over the problem to them and asked if they had any ideas.

I can’t remember which child it was who suggested “Why don’t we get dressed before we go downstairs?” It was blindingly obvious. The problems started when I tried to get them back upstairs to get dressed so if they were already dressed before they came downstairs for breakfast then that was most of the battle won. It was definitely the littlest one who suggested that they could get a sticker every morning for getting dressed nicely. And both of them were unbothered when I said that the new rule would be no TV in the mornings.

We tried it the next day, and it worked. This new morning routine continued to work (most days) for many years to come. Even now they both still get dressed before coming down for breakfast, out of habit rather than directive. And the TV rule has been expanded to include tablets and computers. There were so many stickers on the wall next to my son’s bed for having got dressed nicely that when we moved and scraped them off half the plaster came away too!

Now, I’m not suggesting that the morning routine we came up with will work for everyone. You will have to find your own unique solution to that particular trauma (Morning meltdowns: time for a rethink? might help). But what it taught me was that when it comes to crunch moments with kids and things are going badly, don’t keep hitting your head against the same brick wall. Move things around and do it differently. Try something new. Identify the blocks and the enablers and the incentives and put them in the right order.

And more than anything, involve your children in solving the problem. Because sometimes they have the best answer (and they are far more likely to see it through if they came up with the idea!).

Like this? There is a whole chapter on stress-free morning routines in my book!

Working parent guilt: use it or lose it

Most working parents feel like we are running just to stand still. We want to be good parents. We want to get parenting ‘right’. But we have limited time, limited energy and too much to do. And...

I don’t know about you but when I’m stressed, it is usually interactions with my family that make me realise I have a problem. I find myself excessively haranguing my son about his untidy...

Helping young children make friends involves some thoughtful conversations and as many opportunities for learning and practice as possible. Here are some practical tips for parents of little ones to...

Managing difficult behaviour when you’re out and about

“I really struggle with getting my 4 year old to leave the park. I give her lots of warnings but when the time comes she refuses to leave. Sometimes she runs away or I end up almost dragging...