Help, the kids are driving me mad!

Parents often ask me “How can I stop my children doing X?” The first step is to turn it around and think about how you want them to behave instead. Do they behave that way ever? How do you respond? 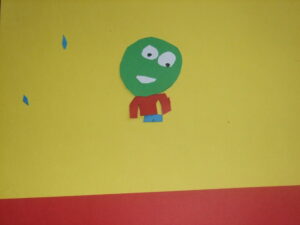 We’ve all done it. The kids are playing quietly for once. They’re not fighting over the remote or bickering about whose turn it is or yelling for help, string, biscuits or anything else. So you make the most of a precious moment to make a cup of tea after a hard day’s work. Or, more likely, to run around trying to complete the million jobs you still have to do as part of your ‘second shift’.

Whatever you do, you don’t go and disturb the kids because that might break the magic spell….

But is that really going to encourage them to repeat their good behaviour in the future? We all like to be praised. When somebody says you did a particularly good job at work, you feel great about it. You feel motivated to put in the effort next time.

Children are no different. If you can catch them being good (no matter how briefly!) and tell them how much you like it, then they are far more likely to behave that way again. It might feel weird at first, but do it repeatedly and consistently every time the desirable behaviour occurs and it will make a difference. Try to be positive and specific in your praise (“Well done for staying calm when your sister was teasing you”) so they know precisely what they are doing that you like. Back it up with a smile, a hug, a pat on the back.

As a parenting strategy, it has everything going for it. There’s no preparation. It’s portable. It’s free (though the occasional surprise reward to go with the praise can really boost success rates). And more good behaviour means less time battling bad behaviour and more time to spend doing something enjoyable with the children (or, occasionally, if you must, the hoovering).

So the next time the kids are playing together quietly – even if it is only for a moment – before you reach for the phone or fire up the laptop, walk into the room and tell them exactly what they are doing that you like. Be enthusiastic (after all, you really do like it!). Invest in those moments and you might just reap many more magical moments in return.

20 responses to “Help, the kids are driving me mad!”

The absolute best way for children to learn social skills is through practice. Young children needs lots of opportunities to play with other kids – older, younger and the same age. There will...

When I ask parents what their parenting goals are, raising kind kids is usually somewhere near the top of the list. Young children are capable of wonderful acts of compassion. But it takes time for...

Should I use Time Out?

There is a lot of contradictory advice out there about Time Out as a parenting strategy. Should parents use it? Does it work? Is it harmful? At what age should I use Time Out? Time Out has certainly...