What’s going on in my teenager’s brain?! 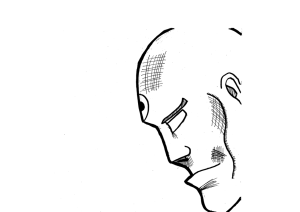 Teenagers and toddlers have a lot in common. An ability to go from 0 to 10 on the tantrum scale completely out of the blue, a stubborn refusal to follow guidance, fierce fixations on particular objects or activities and a single-minded pursuit of the pleasure-right-now principle (to name but a few).

I’m a bit of a geek when it comes to trying to work out why children behave the way they do. Partly it’s curiosity and partly it’s a way to stay calm in the face of unreasonable and unpredictable child behaviour. If I’m able to imagine my tantruming toddler as a Play Robot that has got stuck on ‘Go’ then I find it a lot easier to achieve the emotional distance required to stay calm when he ramps it up at the checkout in Tesco’s.

Now we have reached the teenage years, I have been searching for an understanding of older children that will help keep me sane in the face of their more maddening behaviour. And I think I may have come up with a few!

Computers on the blink

Teenagers might look like grown ups on the outside but, just like toddlers, major development work is going on inside their skulls. In order to transform from children into adults, teenagers’ brains undergo a major rewiring to increase their transmission speed and weed out unnecessary connections – a hardware upgrade that isn’t fully completed until they’re 25. Imagine how disorienting it must be to have a brain that is rewiring itself: your control-and-command centre is out of order, you are firing at double speed in some directions whilst still on dial-up speed in other areas and neural networks that were there yesterday have disappeared altogether today!

The windows are in but the wires are only half-connected

The schedule of all this rewiring activity means that those brain regions associated with planning and decision-making are finished last. The parts of the brain that adults use to make informed decisions by carefully weighing up different outcomes in the light of probability and experience are only half built in the teenage brain. It’s not that they won’t listen to you when you suggest that their course of action is more likely to end in disaster than delight, the receptors have simply not yet been installed to register that information.

Because their front brains are not yet finished, teenagers make decisions differently from adults and when they weigh up risk versus reward the scales are rigged to value thrill above all else. Thrill really matter to teenagers. It’s a huge reward and teens will knowingly take on enormous risks to seek out that feeling. Unfortunately, the thrills that reward them most are those that come via their friends or as a result of risky behaviours rather than via their parents (dull) or a reward system (yawn).

So the next time your teen is throwing a wobbly, keep calm by remembering the state of their brains. Try picturing them as an inexperienced rider on a runaway horse. Or as a building site in which the wires aren’t due to be connected until next month. Or as an aeroplane that has been hijacked by a thrill-seeking madman. It works for me, I hope it works for you!

Like a bit of neuroscience? Take a peek at The Teenager Brain by Frances E. Jensen.

4 responses to “What’s going on in my teenager’s brain?!”

Helping children set goals has huge benefits for their self-esteem. It also teaches them an essential life skill that underpins much academic and workplace success. And, at a time of huge...

Mindfulness apps for children and teens

The lifting of Covid-19 lockdown restrictions is positive news in terms of wider opportunities for children to play and reconnecting with friends and family. But many parents and professionals are...

I have been having a lot of Twitter chats this week about helping teenagers through social distancing. Firstly, how to convince teenagers to stay at home. Then, how to keep them entertained when they...